Finding Myself, with Russell Brand

Standing in line at Starbucks, I glanced at a guy sitting near the window and did a double-take: Holy cow! It was actor/comedian Russell Brand. Well, for one heart-stopping moment, I thought it was him. Alas, it was not, but a guy who really looked like him.

It now seemed pretty important to get on my phone and screenshot a picture of Russell, which I promptly texted to my daughter, along with the message, “There’s a Russell Brand lookalike at Starbucks, only younger and hotter!” Callie’s usually not one to instantly respond to texts from her mother, but this time I got this immediate reply, “Get a picture!” to which I replied, “Well, unfortunately, there’s no surreptitious way to do that without him noticing!”

So, I then had to ponder: How weird it would be to … ask for a selfie with this random stranger?

Now, a large part of what I do for a living as a therapist is what we call exposure therapy. This means I’ve spent many hours doing some really strange things. Alongside people with OCD, I’ve touched toilet seats at length with my hands, had a guy hold a knife to my eye, and aimed cars in the direction of pedestrians (trust me, it’s all good) to help heal obsessions about contamination and fears of harming others. Alongside people with social anxiety, who are afraid of being awkward in social situations, I’ve asked pharmacists at Walgreens if they sell any medications there, asked strangers to rate my looks on a scale of 1 to 10, and sung “Happy Birthday” to total strangers in the downtown area of an upscale suburb. More than anything else in the field of therapy, doing these strange things as part of exposure therapy reliably works: It helps clients reduce their anxiety, be it their fear of germs, intrusive thoughts about being bad people, or worries about social embarrassment.

Going out into the world and intentionally exposing yourself to your worst fears has an amazing way of reducing them over time. And the more exposures you do, the less you care about your embarrassment; pretty soon you’re laughing at yourself.

So, I’m thinking, this would be a great exposure therapy. While I’m pretty outgoing and not particularly socially anxious, I do believe in living out what I routinely teach people in my work. I’m pondering this exposure plan, when it occurs to me: This guy actually looks more like my musical idol Dan Fogelberg, the spitting image from the cover of his 2003 album, “The Essential Dan Fogelberg.” So, I send a screenshot of that to my daughter, Again, an immediate reply. “TAKE HIS PICTURE MOM!!!”

The decision is now made.

I approach Russell Brand/Dan Fogelberg Guy, who seems to be having an important business conversation with another guy. “You know,” I say, “I’m wondering if people ever tell you you look like someone.” Both men smile. Expecting confirmation of the celebrities I have in mind, I’m ready to produce on command my screenshots of Russell and Dan. Instead, I’m a smidge disappointed when he says he’s often told he looks like “any famous person with a beard and long dark hair.” But predominantly, he adds, people say he looks like Milo, the actor from the TV show “This Is Us.” Yes! Milo! That’s exactly who this guy looks like.

Now, how about a selfie, I ask. “Yes, of course, a selfie would be fun,” he says. We do that, and we’re all laughing now — Russell/Dan/Milo, his business acquaintance, and I — when a stranger standing behind us shares that she is told she looks like actress Lucy Liu. Going all out, I ask her for a selfie, but she smilingly replies, no thanks. Ah, the sting of rejection! But I’m pretty sure she was finding this fun as well.

Russell/Dan/Milo and I are now friends. Having explained my profession to him and the fact that I so enjoyed this encounter that I might write about it, he took down the name of my business and reached out to me online. I have a fun new story and a fun new friend. He gave me permission to use our selfie, but alas, the pics do not do justice to the lookalikeness he had in person.

When I walked into Starbucks that day, I was in a substantial funk, anxious about something and intently focused on what was going on in my head. When I left, everything had changed. My mood was buoyant — and I had a fun story to tell when I got to work. I’d like to think that Russell/Dan/Milo, his business acquaintance, and Lucy Liu did as well.  I was reminded of the title of a book I love, “Get Out of Your Mind and into Your Life.” I was fortunate that on that day at Starbucks, I was able to do just that.

This led me to reflect on a few things. What would the world be like if we could all reach out, in fun, to strangers? What if, when we were standing in line at Starbucks, instead of staring at our phones, we all routinely struck up conversations? What if we fully expected that people would welcome that? Wouldn’t that not only be fun, wouldn’t we all be a little less lonely; wouldn’t the world seem more friendly; wouldn’t we feel less alienated and more connected to one another?

It also made me think: What is really important in my life? And I realized that at my funeral, there likely won’t be much mention of the things I spend the most time on, or worrying about, such as my work. I think we all tend to remember the little things about a person that demonstrated our spark or gave us joy or comfort. My mom would surprise me with little gifts, such as a pair of red shoes similar to ones she had wanted her entire life, but never bought because she viewed them as an extravagance. Or the bouquet of hand-picked violets she made for me on my birthday. I remember my dad showing up at my apartment spontaneously when I was 24, when I had a crisis and dropped out of medical school. The sink was full of dishes, the place was a disaster zone, and I was a mess, but he showed up right when I most needed him. And while my husband was a physician who saved many lives, what I most remember was his offbeat sense of humor — and how he’d surprise others with it, a sudden departure from his quiet, understated ways. The way he would break the silence in a quiet movie theater by laughing out loud at things no one else thought funny … the way that happened all the time.

So, what do I want people to say when I’m gone? I hope it won’t be: “She sure worked hard,” or, “She built a successful business.” I hope it will be: “She sure could have fun with random strangers.” “She sure got really excited about the strangest things, like coffee and singing out loud, even though her voice cracks.” And with gratitude, I realize the joy that can come from the seemingly smallest of parts of ourselves — if only we can learn to nurture and express them.

Learn more about Marilee Feldman here, and more about being able to talk to strangers (social anxiety) here. 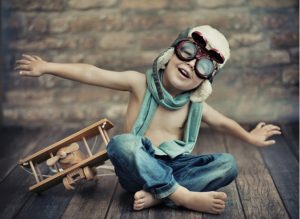 Common Reasons Why Your Reward System at Home Is Not Working 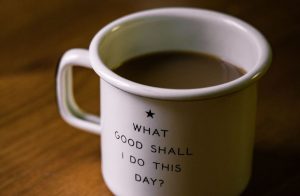