“Resentments are like drinking poison and expecting the other person to die.”

You’ve probably heard the adage before, but since it’s so true, I thought it would be worth revisiting the topic of resentments.

In my counseling practice, one thing we see frequently is people who are really struggling with resentments. And I use that word struggle intentionally, because it’s really quite painful to have resentments. Not for the person we are resenting, of course (although we may like to think otherwise!) but for ourselves: When we feel resentful, we’re usually pretty unhappy. We’re not merely a “resentful person,” which would certainly carry a negative connotation. What we are is a person in a lot of pain. When we have difficulty overcoming resentment, we’re more likely to have problems in our marriages, friendships, family relationships and jobs. We’re miserable because resentments cause us to stay stuck in the pain of feeling hurt and angry, unable to experience positive emotions and better relationships and get our emotional needs met. We feel disconnected and alone. So even though your resentments may be about other people, healing them is for you.

To have a resentment is to “re-feel” over and over the anger of being treated in an unfair or unkind way. We somehow think that if we just hang onto the resentment, maybe the other person will sense the need to change and then we’ll finally be happy. So when we’re resentful, usually on some level, we’re allowing someone else to be responsible for our happiness. And since we can’t control other people, that means we have a problem, since they frequently don’t cooperate with our plans.

It’s important to understand a couple things about resentments. One is that they often have roots in our past. For example, if as a child you were often ignored or overlooked, you may be more prone to feeling resentful when the same thing happens as an adult. This is actually good news, because figuring out where our old wounds are can help us to heal them so they don’t run the show and cause us undo pain in the present. We can therefore free ourselves from the resentment instead of waiting for others to change.

Another thing to know about resentments is that they frequently are emblematic of our own issues with direct communication and boundaries. For example, if you’d really like your spouse to say he loves you more, make sure you have communicated that to him in a direct and respectful way. For example, “John, I don’t know if you know how much it means to me when you tell me you love me. I’d like you to do that more often, because it makes me feel so loved and appreciated. I know I’d feel closer to you if you could do that.” Notice that the tone here is not, one of “you never…” but rather one of being vulnerable with what you’re feeling, which can be difficult but is so much more likely to be heard.

Another common issue leading to resentment is having loose boundaries. Examples would be sacrificing our needs to take care of the needs of others, taking on too many responsibilities, and being unable to say no. Staying out of resentment means vigilantly making sure we are getting our own physical and emotional needs met. Women often have a particularly hard time with this, because we are so often in the role of nurturer/caretaker to others and because we are taught to be nice and avoid conflict. However, to get our needs met—including those for time and space, alone time, fun, and enjoyment—we frequently have to say no and set limits with others. This may be particularly difficult if you grew up in a family in which appropriate boundaries were not modeled, conflict was avoided or dealt with poorly, and feelings were not openly discussed. While overcoming this history can be quite challenging, doing so can keep you from feeling victimized by the demands of others. In my work with moms, I’ve found that the most effective ones, the ones who are most able to be there for their children as well as themselves, are not the most sacrificing ones but rather the ones with great boundaries, who are willing to say no, take breaks for themselves, and get their own needs met, leaving them refreshed enough to offer their best selves to their families.

Having resentments doesn’t mean we need to feel ashamed or label ourselves a bad person. It does, however, mean we are in pain and that in the interest of taking care of ourselves, we need to work through (as opposed to ignoring) our resentments by being honest with ourselves, taking responsibility for our part in their development, and dealing directly with others in our lives.

I like to recall the words of shame researcher Brene Brown, who says, “Choose discomfort over resentment.” While it can be hard to express uncomfortable feelings and create boundaries, doing so can pay off in so many ways. 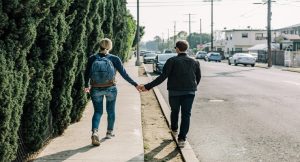 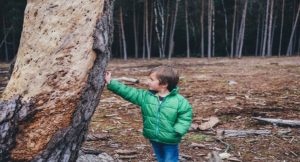 Childhood Emotional Neglect: When Struggles Come from What Didn’t Happen