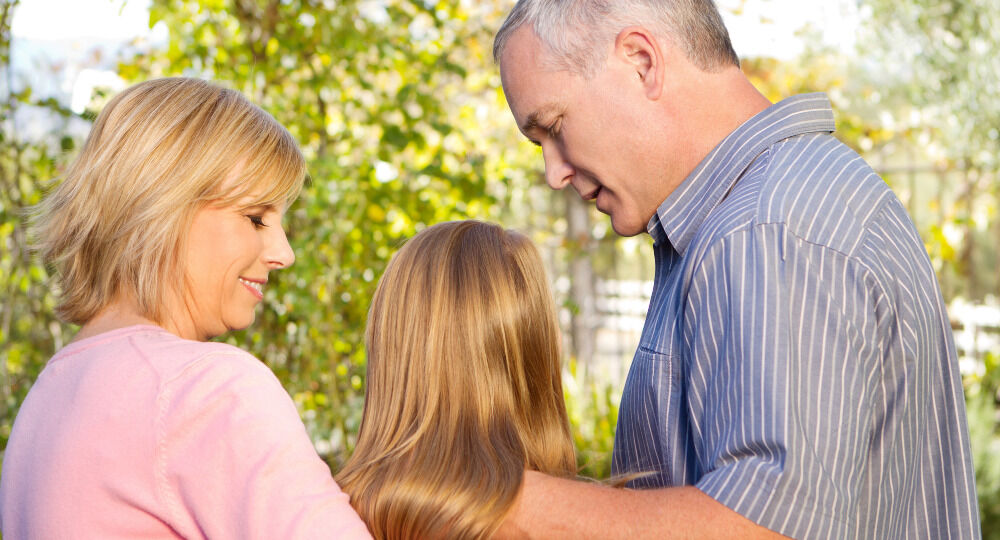 Educating Your Child or Teen about OCD

Parents, did you know that, in contrast to many mental health issues, which frequently begin in adulthood, one issue—obsessive-compulsive disorder (OCD)—can begin as early as age 4 or 5? Many grade-school children are already suffering from OCD, and teens often struggle with the disorder as well. It’s therefore important for you to know how to spot the symptoms of OCD and learn how to talk to your kids about what they’re experiencing.

Many adults with OCD report that they first experienced symptoms when they were a child or teen…but didn’t realize what they were dealing with. When we don’t know why, for example, we keep checking a door lock even though we just checked it a minute ago, we tend to think something is very wrong with us personally. We become ashamed and our self-esteem plummets. Conversely, if someone explains to us that we’re experiencing symptoms of a well-known disorder, that’s a different story, one that can completely change the trajectory of our experience with this difficult disorder. We might feel less alone, less frustrated, less sad, and less, well…abnormal, and hence we will be more likely to get help sooner and suffer less.

It can be hard to talk to your kids about mental health, and we might think that it’s better to avoid this difficult subject. We might fear that bringing up these issues would just stress our kid out, when in fact it’s a relief for most kids to hear that they are not alone and that what they are experiencing is not uncommon.

Children and teens with OCD experience obsessive thoughts that make them anxious, such as fears about their safety, the safety of others, contamination/cleanliness concerns, and, interestingly, fears that they may act in an impulsive or violent way. While the latter may seem surprising, it is actually the most common form of OCD we see right now. They also develop compulsions (rituals), some of which are observable to others—such as checking, repeating, and asking for reassurance over and over—and others that are not, such as counting, mentally reassuring themselves, mentally ritualizing, or praying. It is okay to say to your child, Hey, I notice that you are doing this thing; can you tell me more about it? Is there something scary that is happening with your thoughts that makes you do that? And follow that up with a conversation about the possibility of your child struggling with the well-known entity of OCD. Even if they’re not quite ready to talk more about it right then, you’ll have opened the door to further discussion through your creating safety to talk about it.

Parents also need to know that OCD is not a consequence of poor parenting style, nor is it misbehavior or a lack of self-control in the child. OCD is the most biologic and heritable disorder of all the mental illnesses, and typically at least one other family member also struggles with the disorder. In addition, while kids and teens with OCD sometimes seem challenging or oppositional in their behavior, it’s not that they’re merely being difficult; it’s that they’re struggling with massive anxiety that they are unable to control. And so they might seem irritable, moody, angry or oppositional. If your child is “being difficult,” it may be that they are struggling with a major anxiety disorder, such as OCD, so it’s important to seek help in the form of counseling from someone who really understands anxiety disorders in children and teens.

Often, but not always, symptoms start with a stressful or a life-changing event, such as a change in school, sickness or death of a loved one, parental divorce, a new household member, or a move to a new house or community. Sometimes OCD seems to come out of the blue, with no identifiable stressor triggering it.

Parents of kids with OCD will naturally want to comfort their child by reassuring them and minimizing their scary thoughts. They might encourage their child to try substituting happier thoughts or distracting themselves, and while these actions might seem helpful, they actually reinforce the idea that thoughts themselves are something to fear, making things worse. Parents might also try to help by accommodating their child’s symptoms, for example, participating with them in cleaning rituals, touching things the child doesn’t want to touch, avoiding things that are scary for the child, waiting around for the child to complete all their rituals before engaging in family activities, or calling the child in sick to school. But if there’s one thing that will really cause a child’s OCD to get worse, it’s a lot of what we call family accommodation. If you find yourself constantly making changes to accommodate your child’s OCD, it’s time to seek counseling.

Fortunately, the treatment for OCD—exposure and response prevention (ERP)—is probably the single most effective form of treatment there is in the field of mental health. ERP involves gradually exposing the child or teen to increasingly difficult triggering situations while not allowing them to ritualize, helping them to know that their anxiety can be tolerated and thereby decreasing it. Parents should seek out a counselor trained in ERP to help their child with OCD.

Before ERP is implemented, parents may be able to start the dialogue with their children on what OCD may look like and what they may be experiencing. They could explain that the brain works like a machine, with gears moving constantly to filter thoughts and ideas: This is how we process information and problem solve. Usually, thoughts come and go, but sometimes they get stuck, and it can feel like a gear has gotten jammed for a while! Once this happens, your child may feel that it is impossible to focus on anything but the scary thought, be it germs, accidentally harming someone, worries about the future, or concerns for safety. It could be life-changing for you child if you are able to talk to them about what they’re thinking, validate for them how hard it is to have thoughts like this stuck in their head, and let them know that with counseling there is a way out.

With OCD, obsessive thoughts lead to compulsions, which are basically an attempt to get rid of the scary thoughts. You can explain to your child that it makes perfect sense to do a behavior to not feel so scared! And after helping your child understand their behavior more, you can also explain that compulsions/rituals have this sneaky way of making things worse in the long run, making those thoughts come back even more frequently and the need to ritualize worse over time. You can explain to your child that with counseling, they will learn to get out of this pattern and that the thoughts will decrease and get easier to manage. They won’t be stuck forever with terrible anxiety, and they won’t need to keep doing rituals.

A final note for parents: Be sure to explain that OCD does not not define your child. It is beneficial to teach your child to separate their symptoms from who they are. OCD is what your child experiences, but it is not who they are. Help your child externalize their OCD. Young children may use a character name for their symptoms or simply call it OCD. Teaching your child to say things such as “OCD is wanting me to wash my hands eight times” can be enormously helpful, giving the child back the power to overcome their symptoms. Parents can tell children that OCD is trying to trick them into giving in to rituals, and that they are stronger than the OCD. The child should be encouraged to refrain from rituals or at least change or postpone them.

As you educate your child about OCD, keep in mind their age and how much information they can process. Some children can only cope and understand a few bits of information at a time, and that’s perfectly normal and age appropriate. Be sure to listen to your child and gauge where they are in the conversation. Educating a child about OCD is a process that takes time, and it’s best to make sure the child doesn’t become overwhelmed by too much information and thus feels safe to ask questions or talk more about it in the future.

Explaining OCD to your child—the signs and symptoms, how common it is, how difficult it can be to experience it, and the counseling process—can go miles in helping your accept themself and begin the road to recovery. Your child or teen will most likely be thrilled that you are educated and safe to talk to about this issue and happy you can be a part of the counseling process and therapeutic journey.

Self-Compassion? I Hardly Know Her.

Does Talking about Your Anxiety Help, or Hurt?