The Four Horsemen in Couples: Stopping the Apocalypse

You might be familiar with the Four Horsemen of the Apocalypse from the New Testament that symbolize the evils to come at the end of the world – conquest, war, famine, and death.  Dr. John Gottman, an expert on couples relationships and couples counseling, applied this idea to our relationships.  Through extensive research and clinical studies, Gottman discovered four ways in which many couples interact destructively.  These relationship busters include Criticism, defensiveness, contempt, and stonewalling.

Most of the time we don’t even know we’ve fallen into this destructive pattern.  Through increased awareness of how we might be communicating, we can learn ways in which to counteract these destructive patterns. Let’s examine each of the four horsemen in couples:

“You’re so selfish!”  You’ve heard it … or possibly have said it yourself, right?  Criticism is easy to fall into when we are not getting our needs met.  This relationship buster attacks your partner’s character, setting the stage for feelings of rejection and hurt.  The antidote to criticism is using a gentle start-up.  This involves talking about your feelings using “I” Statements and then expressing your need.  “I’ve been feeling so overwhelmed at work lately.  I need you to pick up the kids from school today.”

“It’s not my fault…”  When we feel criticized, it’s natural to get defensive.  But I want you to stop and think for a moment … has being defensive ever resulted in harmony? My guess is no, because defensiveness only escalates the argument. We are sending the message to our partner that they are the one to blame.  The antidote to defensiveness is to take responsibility (even if it’s just for part of the problem!).  Listen to your partner’s perspective, communicate that it makes sense, and take responsibility for your part in the hurt, perhaps by offering an apology.  When it boils down to it, if our partner is feeling upset and we are willing to listen and have an open mind, they will feel validated.  It’s not about winning the argument, it’s about winning the relationship!

“You’re an idiot.” Contempt is attacking your partner’s sense of self with intent to insult. Some examples include sarcasm, cynicism, name-calling, eye-rolling, sneering, mockery, and hostile humor.  This is the greatest predictor of failure in relationships, beware!  The antidote to contempt is to build a culture of appreciation by treating your partner with respect.  It can be helpful to remind yourself of qualities you love about your partner.  Writing or thinking about ways in which you appreciate your partner can be a great way to practice.

“Forget it.”  Stonewalling usually occurs when the first three horsemen become so overwhelming that we withdraw without resolution.  While this may seem like a good idea when things have escalated and nothing productive is happening, the damage is done due to the distance and separation this causes.  The antidote to stonewalling is physiological self-soothing for at least 20 minutes.  Take a break and do something to distract yourself and calm down.  That way you and your partner can return to the conversation with a clearer mind.

The first step to resolving conflict is to identify the Four Horsemen at play in your relationship.  In order to combat these destructive communication patterns, we also need to understand how to replace them with productive forms of communicating.  Couples counseling can be an amazing way to identify and replace the Four Horsemen in your relationship! 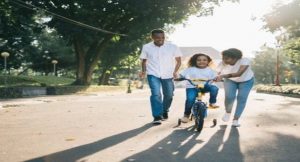 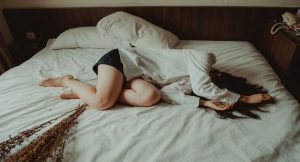