What is EFT, and Why Should Couples See an EFT Therapist for Couples Counseling?

EFT, or emotionally focused therapy, is a short-term, structured approach to couple’s therapy that primarily focuses on adult attachment and bonding. EFT was developed and refined by Dr. Sue Johnson and her colleagues. Research shows that 70%-75% of couples move from distress to recovery and 90% show significant improvements when therapists use EFT strategies and techniques.

Unlike other therapy approaches, the primary focus of which is on changing behaviors and thoughts, EFT focuses on changing emotional responses in a way that strengthens the emotional bond with the partner.  Although EFT was developed primarily for couples, it is now being used with individuals and families as well.

EFT believes that the pain and emotional struggle within a couple reflects the need for an attachment with one other. Having a safe, secure attachment to someone means that they provide a safe space for you to be your truest self and go throughout your life living in this safe, secure mindset.

It’s like when you were a child and you knew that your mother or father would be there for you, even if you didn’t physically see them right in front of you. You felt safe knowing they were somewhere nearby and that they always came back to you, especially in times of distress. This is a secure attachment.

On the other hand, if you had an unavailable parent, where you weren’t really sure if they would be coming back to your or not (especially in times of distress), you would be in this constant state of insecurity. This creates distress and inconsistency in this child’s safe, secure life. Therefore, when the child grows up, they can have the same feelings of distress toward their partner. This is an insecure attachment.

Each of these attachment styles plays a role in your relationship with your partner and impacts the way you connect with each other on a deeper level.

EFT’s goal is to replace a couple’s negative cycle with a positive one. To do this, the therapist must first help each partner understand their frustration and moods in session. Understanding your own primary and secondary emotions and unmet attachment needs are key to replacing your negative cycle with a positive one. This all takes place in what is called the pursue-withdraw Cycle.

Pursuer—A partner with pursuing behaviors tends to respond to relationship stress or conflict by moving toward the other partner. A pursuer will seek out communication and discussion surrounding this conflict in order to fix what they believe is wrong. Pursuers are typically anxious about the distance their partner has created. They also tend to take their partner’s reaction to stress and conflict as a personal attack and become critical toward their partner for being emotionally unavailable.

Pursuers tend to be critical of themselves. This is a learned behavior from what was done to them as a child. They learn to reject themselves in order to protect themselves from the pain of others rejecting them.

Withdrawer—A partner with withdrawing behaviors tends to respond to relationship stress and conflict by moving away from their partner. A withdrawer needs physical and emotional distance from their partner. Withdrawers tend to respond to their anxiety by shutting down or retreating into other activities (eg, looking at their phone, cleaning the kitchen, looking for something they lost) to distract themselves from the vulnerable feelings they’re experiencing. Withdrawers tend to be most approachable when they don’t feel forced, pressured, or pursued.

Withdrawers learn this from an early age. They are taught to shut down their emotions, but then they are blamed for being unable to express them. They come to believe that something is wrong with them, even though they are simply following the rules that were given to them as children. Withdrawers have learned that in order to survive, they must avoid feeling pain and hide the vulnerable parts of themselves … just like their caregivers who caused the initial problem.

Neither pattern or behavior is wrong. This is what each person does in order not to make things worse.

The primary goal of the pursue-withdraw cycle in relationships is to not make things worse. Even though each behavior appears to be doing the opposite of the other, they are actually working toward the same goal: to save their relationship.

Healthy relationships can handle the stress with mutual respect and appreciation because both partners are aware of their behavior and are willing to adjust it for the benefit of the relationship.

Just remember one thing … Everyone needs help sometimes. It is perfectly normal and healthy to seek out help and support for your relationship. 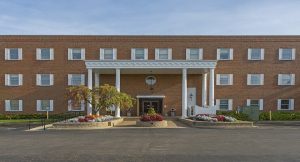 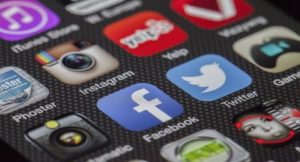 Is It Time for a Social Media Break?